Tales from the crypt: A Dropbox recovery story 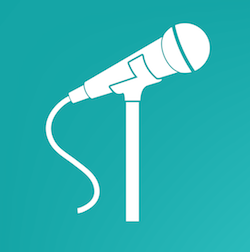 I recently received a panicked email from a reader of Dropbox In 30 Minutes who had a question about Dropbox recovery — specifically, recovering shared files:

My name is [redacted]. I have a small recording studio in my home. I have been mixing songs for a Gospel music CD for a client over a couple of weeks. Music is being recorded in various studios around town, and when files are completing they Dropbox them to me and I mix them.

One of the studio engineers sent the files to me one night then called the next morning and ask if he could erase the files on his computer because he needed the space to record a new project. By now you may have guests what comes next. Yep. Whatever rubbed him the wrong way about the producers or the singers or ????

In about 5 days those files where deleted from Dropbox. I never had a chance to download them. Is there anyway to retrieve files that were never downloaded at my end?

There is a lot of time and money and fantastic music to be lost here. The master has to be delivered on Monday. I hate to think that legal action would be an option. I’m not even sure who’s at fault.

Wow, this sounds pretty serious. As someone who once worked in the music industry, I know that losing studio recordings is a big deal. However, in this case, I don’t think it’s necessary to bring in the lawyers, as Dropbox recovery features would likely be available. Here is my response:

Sorry to hear about the problem you are having. If you have never accessed the deleted files, you can’t access them now. HOWEVER, the person who created them CAN recover them if it’s within a certain time period (30 days for free accounts, longer for paid accounts) AND he hasn’t permanently deleted them (most people don’t know how to do this, fortunately). He can then reshare them with you.

This is what I advise:

At that point, the files will resync to his or her computer. He can reshare them from the computer or from the Dropbox website. Even if he doesn’t have room on his computer to sync the restored files, they can still be shared from the Dropbox website. The links to share will be different than the old links from 5 days ago. IMMEDIATELY sync them and import them into your mixing program so they won’t be lost again!

Good luck with your project, and send me a link to a sample when they’re mixed and mastered!

There are a few morals to this story:

For more tips about how to get the most out of Dropbox, check out Dropbox In 30 Minutes.

Video: How to recover a file or folder on Dropbox.com: